There are many forms of exercise programs. Pilates is among the most popular. In the United States alone, there are about 5 million people who are regularly participating in various Pilates sessions and classes. It is estimated that more individuals are doing

Pilates tasks on their own, right at the comfort of their own homes during their free time. What is Pilates? Why should you be doing it?

To begin with, Pilates is an exercise system that focuses strategically on improving the body’s strength, flexibility, and posture without building up any bulk. The method involves a series of highly controlled movements that are performed using especially and specifically designed spring-resistant apparatus. Pilates could also be performed on the floor (a method is known as mat work) without the need to use any tool or equipment. The sessions should be supervised by no less than specially trained instructors.

You should understand that Pilates is a form of resistance exercise. It is not actually aerobic or cardiovascular although through doing Pilates movements, you would observe that your heart rate would surely increase. In comparison, it is more identical to weight lifting than biking, jogging, and many other forms of popular aerobic activities.

The two key elements are spinal alignment and core muscle strength. Pilates targets the core musculature, which is loosely defined as the abdomen, the spine, the pelvis, the hips, and all other muscles that support such structures. Included in the main core muscles are the external and internal obliques (sides of the abdomen), the erector spinae (those at the back along the spine), the rectus abdominis (‘six-pack’), the hip flexors (those in the upper legs and the pelvis), and the transverse abdominis (situated deep into the gut).

During any Pilates session, the instructor would continuously prompt you to focus deeply on your core muscles. You should also pay attention to your breath as well as to the quality of movements and appropriate contraction of the muscles. The key elements of the program would be emphasized in every session. The main objective is to establish coordination among the body, the mind, and even the spirit. Developer Joseph Pilates called this coordination ‘Contrology.’

Pilates was developed and created during the 1920s. Joseph Pilates was a physical trainer (died in 1967) who was active in developing targeted exercise routines. The program was originally created for physical rehabilitation purposes. Several of the first few people who were required to perform Pilates were American soldiers who returned injured from the war. It was also required for dancers who injured themselves during rehearsals and performances.

Since the early part of the 20th century, the basic tenets of Pilates have been purposely preserved. Even today, despite evident modifications and variations, Pilates still remains very truthful to its origins. It is not surprising that it is currently one of the most popular forms of exercise programs. There are classes and group sessions that are held regularly in gyms and fitness centers for people who aim to perform Pilates exercise routines. Numerous health and fitness experts keep on recommending it to people.

The Six Principles of Pilates

Pilates has always been noted as among the trendiest and most effective exercise programs around. It is currently one of the most popular fitness programs not just in the United States but in many countries across all continents. Among the best selling points of Pilates is that it works very well for a great range of people. It is popular among dancers, athletes, women, seniors, and even expecting moms. What makes the program effective?

There are six main principles that serve as important components or factors in a good Pilates workout. The method has always highlighted quality instead of quantity. Thus, unlike most other exercise systems, Pilates does not require numerous repetitions for every movement. Here are the six Pilates principles so you could better understand the philosophical foundations of the program. 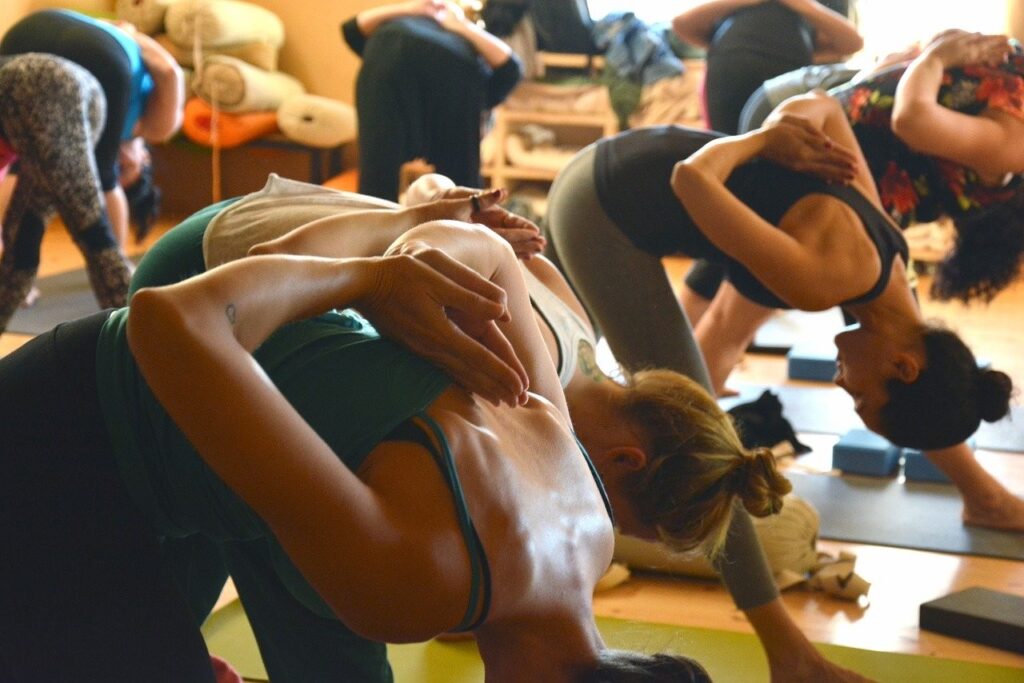 In general, Pilates physically brings the focus of the entire exercise to the body’s center, which is considered as the powerhouse area. It is located between the pubic bone and the lower ribs. Thus, you may notice that the exercise movements are energetically and strategically sourced from that center. This makes the program effective in focusing on the core.

Unlike other exercise programs, Pilates methods require your full attention. The movements are not repetitive. You have to focus to be able to go on with the flow. Experts assert that if you would bring your full attention to Pilates movements and do them with your full commitment, you surely would attain maximum value and benefits from doing the program. Pilates could also serve as a practical test on how well you could control and target your focus.

You would notice that every movement in Pilates should be done using complete muscular control. The methods are strategically developed to make sure no part of the body is left uncontrolled and missed out. To be able to attain the benefits, you have to learn how to control your movements and the pacing of the routines. It is like observing the proper and correct form when exercising.

Awareness is effectively sustained throughout every movement in Pilates. Take note that there is an appropriate alignment in relation to body parts, placement, and overall trajectory for every muscle. The key to doing the methods in Pilates is in precision. Every movement should be performed correctly.

Joseph Pilates, the physical trainer who developed Pilates methods, emphasized the use of full breath when carrying out his exercise routines. He advised people to think of the lungs like bellows, which should be used strongly enough to pump air in and out (fully) of the body. Thus, you would notice that most Pilates movements are coordinating with the breath. Remember that breathing properly is a very integral part of Pilates.

Do the Pilates exercise program in a seemingly flowing manner. There should be grace, fluidity, and ease when doing every movement. If you do so, you would feel that the energy of the exercise is connecting with all the parts of the body and is flowing throughout the body in a very even way.

Pilates is truly one of the popular physical fitness systems nowadays. Many gyms and fitness centers are now rolling out or offering Pilates classes for members. Pilates aficionados would certainly assert that the system is really helpful in providing balance for the body and the mind.

As the years go by, mankind’s lifestyle is fast changing. Contrary to the lifestyles of ancient people who are more inclined to physical labor, today’s generation is different because most existing jobs nowadays are stationary in nature. Thus, people need to do other activities like exercises to keep their blood flowing smoothly, to burn calories, and to flex those muscles for resistance. 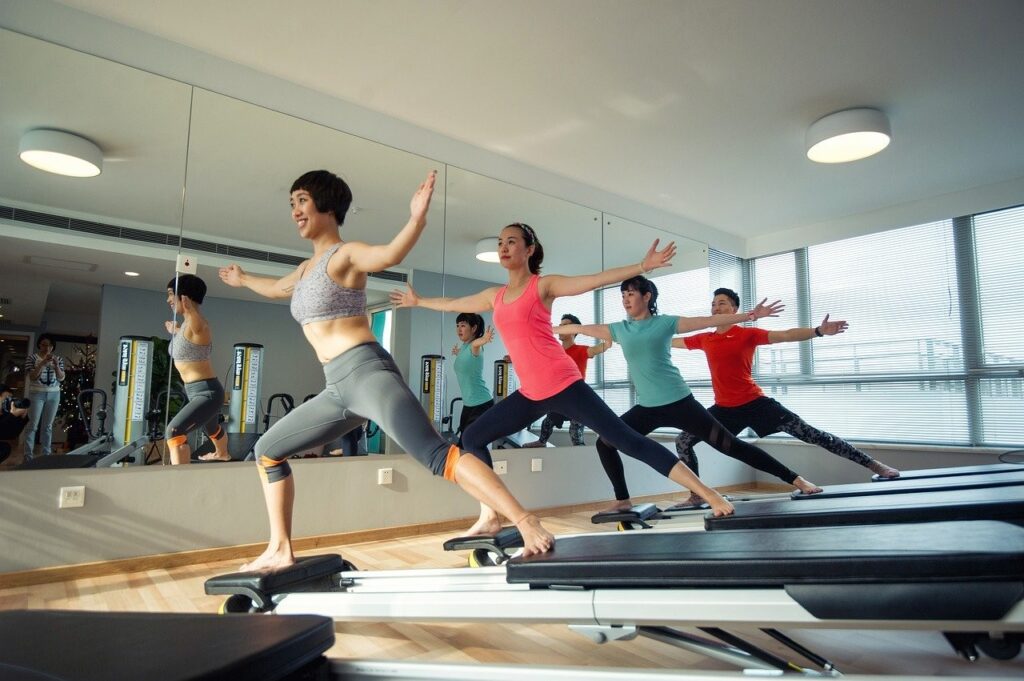 But just like all other special physical exercises, Pilates has its own set of styles and mechanics. To be able to acquire and maximize the full benefits of the activity to the body, it would be advisable if you would be knowledgeable of the special tasks and body positions when conducting Pilates. Just like in all exercises, coordination of physical stress and breathing is the key to the effectiveness of the exercise.

To begin with, you must observe proper posture and procedure when doing footwork in Pilates. Be aware of the recommended first position before you proceed to start the Pilates exercise session. You could choose to try out ‘the monkey on a branch,’ which is a relaxing initial footwork position.

However you want to start your Pilates session, it is important that you make sure your heels are in a parallel position. Your toes must also be parallel to each other. Doing so would enable you to easily do an internal rotation, which would be necessary for some parts of the exercise.

There are also lunges exercises that are incorporated in modified form in Pilates. Examples are the calf raises, where the leg muscles are exercised and flexed. You could also put your body weight to a single leg on your heel or your toe.

Other than the footwork, you should also be aware of the different supine or lying positions when doing the exercise. Such exercises really would help the body achieve total relaxation. Take note that while the body is in the relaxed state during supine positions, movements still are energy-consuming to achieve the benefits of regular exercise.

If you want to attain the full benefits of the supine positions, you must make sure there is full coordination of the overhead portion of the body and the back. Breathing is, of course, another important factor.

Rowing movements in Pilates include ‘Hug a Tree’, ‘Salute’, ‘Modified Front Rowing’, ‘Front Rowing’, ‘Round Back’, and ‘Flat Back Hinge’. Executing such exercises would really help maximize and attain the intended overall effects on the body of Pilates.

If you would take time to get to know Pilates and its benefits better, you would surely understand and be able to attain the advantages of doing the exercise system on a regular basis. This will ultimately lead to better health.