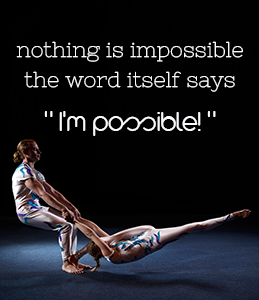 Have you been going to other exercise classes and want to try something different? Do you suffer from a bad back and need to find an answer?

Read this article to find out about the 10 benefits of Pilates.

By slowing down movement to help improve core stability Pilates also has the effect of inducing a deeply relaxed state that can add to the euphoria attached to doing a well taught Pilates class. Classes are often small and no more than 5/6 people with a slow tempo and a relaxed atmosphere adding to the relaxation process during the class.

Benefits of Pilates 3: Improve your Posture with Pilates

It has been demonstrated and recommended for a long time by health care practitioners that Pilates benefits your overall feeling of well-being but also can help in most cases to improve your posture. Pilates is often recommended by our experts to help improve overall posture and reduce muscle imbalance.

The type of Pilates that we recommend needs to be precise and guided by fully qualified practitioners who have valuable years of experience and understand or work very closely with therapists to understand the workings of the human body.

Benefits of Pilates 4: Improve your Athletic Performance with Pilates

In its purest form Pilates was used for strengthening the mind and body, often this can be lost in classes as they are overcrowded and instructors are poorly qualified resulting in Pilates for the masses. Better results from Pilates can be gained from the smaller class sizes which encourage a more individualised approach and more intense work out. People do Pilates to get results.

Benefits of Pilates 5: Improve your co-ordination in a Pilates class

When you are taught Pilates in a controlled environment you soon develop a heightened awareness of your body. Whether that be your neck, shoulders or legs, they are all used to improve your body awareness thus heightening the feedback on a neurological level to your brain and allowing for development of a better coordinated individual.

Pilates movements should be slow and almost dance like allowing for a deeper level of interpretation by your brain and nervous system. The movements are often repeated allowing for a rehearsal of the positions, which results in better integration into normal daily movements.

We often see people who are referred to Pilates after having spinal surgery. You have to wonder if some surgery could be avoided by proper spinal alignment and training of the spinal stabilising muscles. We often never get to find out. We do therefore recommend that people try at least a short course of Pilates based exercise to allow them to regain some control over their spinal musculature and develop better alignment of their spines.

Because Pilates is very slow, precise and controlled it is important that you concentrate lots during the sessions. This we are told improves people’s levels of concentration as they almost reach a meditative state allowing them to not only excel in Pilates but also excel in their activities of daily living.

Due to the long duration of the classes and the intensity that people often work at during them, it is inevitable that stamina improves as a result of this type of training. By stressing the different energy systems in the body unlike other forms of exercise Pilates is responsible for better utilisation of oxygen in your tissues and results in a more optimal performance based on better stamina levels.

Most people find their first classes difficult and ache for a few days afterwards. This is normally a ‘good’ ache or so we have been told, which results from the start of the adaptation process to this form of exercise.

Since its early conception by Joseph Pilates in the early 20th century Pilates has evolved to encompass other forms of equipment and deliver a much more biomechanical and correct form of exercise. Pilates largely is focused on the above main principles and this has been taken on board with the newer more advanced varieties of Pilates.